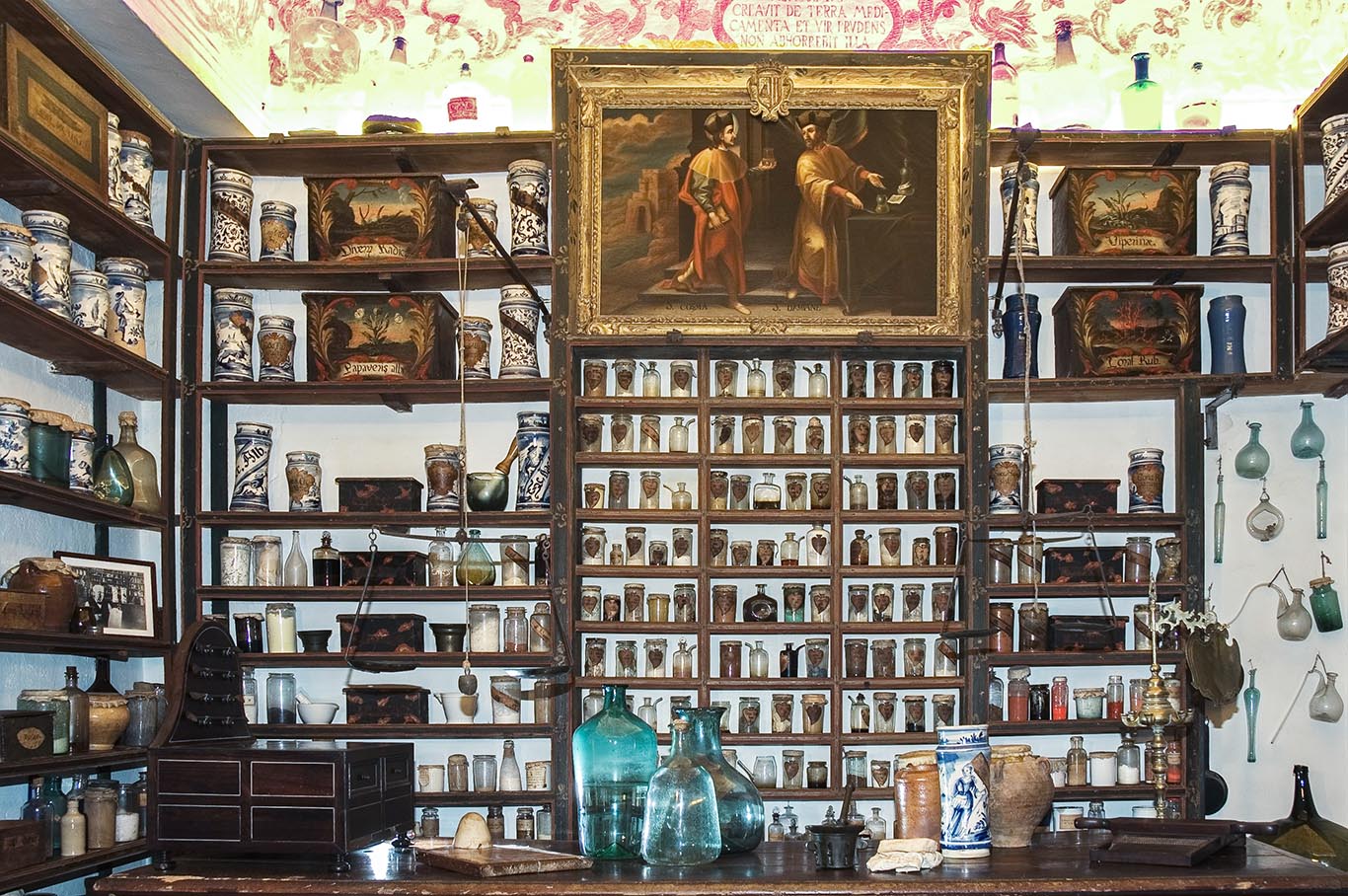 This apothecary is one of the oldest in Majorca and one of the best preserved in Europe. It was founded by the Carthusians between 1723 and 1725 and remained active until 1895.

This apothecary was like a chemis shop but not only for the religious community. After 1835, after the seizure of the monastery, the apothecary began extending its services to the community at large.

You can imagine here for a moment George Sand buying medicine for Chopin, who had tuberculosis, or for his fifteen-year-old son, Maurice, who was also sick. The apothecary has accountrements typical chemist shops of earlier times, with medicine containers and tools for preparing medicines: ceramic medicine jars, glass pharmaceutical tools, retorts and gourds, wooden boxes, distillers, balances and mortar and pestles.

On curiosity among the natural drugs and medicines found in this apothecary is a unique recipe known as “theriac”, a polypharmaceutical composition made from plant, mineral and animal products. The primary ingredients are opium and viper meat. Theriac was used from 3rd Century B.C. as an antidote for poison, animal bites and as a general cure-all. After nearly two millennia it fell into disuse in the 19th Century.