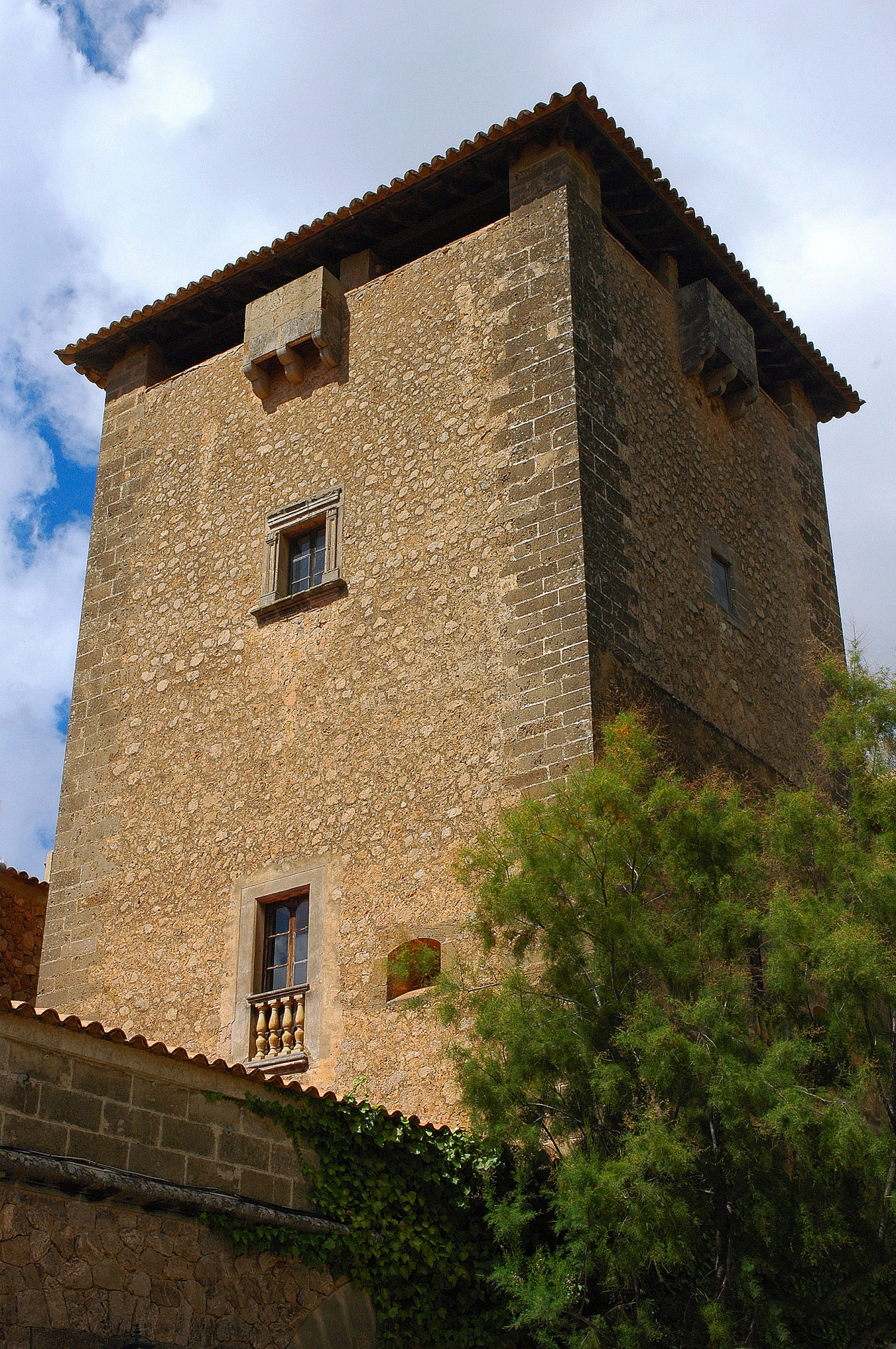 In 1553 Valldemossa was attacked by Berber pirates. The Carthusians built this tower next to the entrance of the monastery to protect themselves. Completed in 1563, it follows the models of the time in its exterior design with meshwork, in its Renaissance window and in the spiral staircase.

The 18th-century sgraffiti on the walls tell the story of the monastery and include a figure of a soldier with the inscription CARTUXA.

Among other functions besides defence, it is worth noting that it served as a prison for the enlightened Gaspar M. de Jovellanos, who decided to join the Carthusian routine and thus gain their trust before being transferred to Bellver Castle.

Inside the tower were crossbows, arquebuses, gunpowder, bullets and muskets