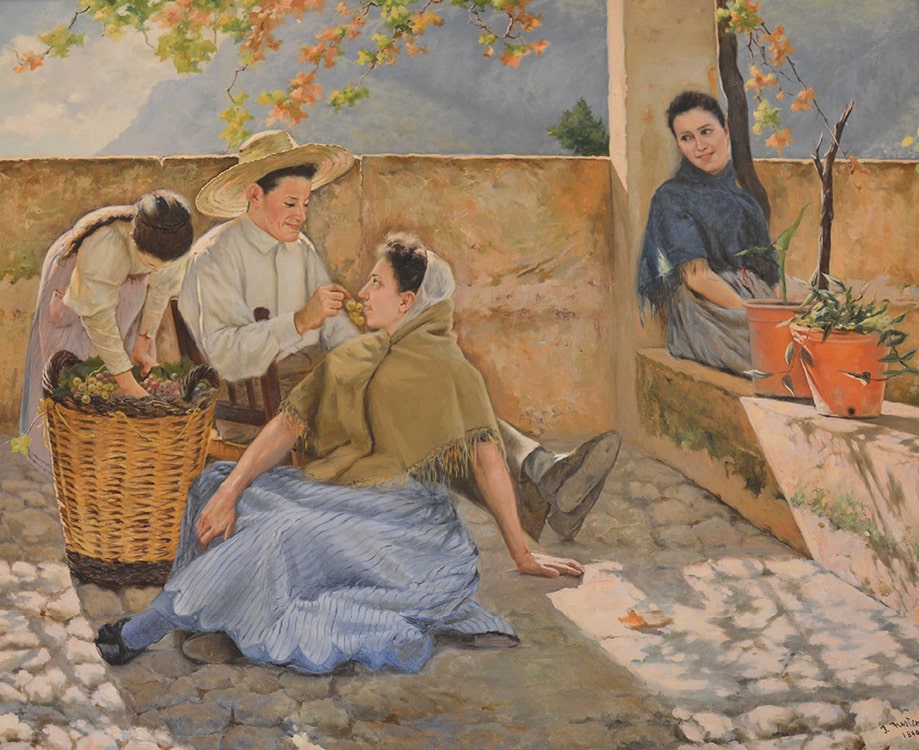 The work “Time to harvest”, by the prolific Palmesian painter Joan Fuster Bonnin (1870 – 1943), is a beautiful characteristic painting of the first artistic stage of the painter. Made in 1899, only a year after marrying María Ignacia Tarongí, the piece shows a placid scene. In it you can see a group of grape harvesters dressed in popular Majorcan clothing in a moment of rest after the harvest, savoring the fruits they have obtained during the day.

The painting, made even in Joan Fuster’s youth before turning thirty, presents a very typical composition of this period. The figure, especially the female one, is the protagonist of Fuster’s production at this time.

On the other hand, the drawing acquires a backbone role in the scene. Joan Fuster uses a palette of light tones with which he manages to capture great luminosity, transmitting to the viewer a cheerful tranquility full of hedonism.

At the moment in which he paints this work, Joan Fuster begins to be a recognized painter who has had the opportunity to participate in the periodic exhibitions of the Promotion of Painting and Sculpture, in the III and IV General Exhibition of Fine Arts and Artistic Industries of Barcelona (1896 and 1898) and at the National Exhibition of Fine Arts in Madrid (1899).

The work “Tiempo de Vendimia” is part of the art collection of the Cartuja de Valldemossa. 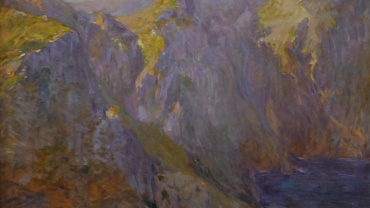 Henri Brugnot (Lyon, 1874 – Uzes, 1940) was a French painter and pastellist specializing in portraits and landscapes. He studied at the School of Fine Arts in Lyon and later with the famous artists Fernand Cormon and Gustave Moreau in Paris. For a season he… 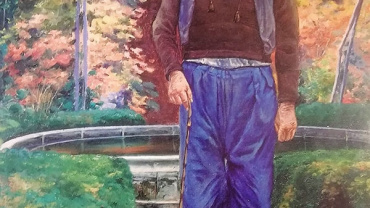 Portrait of the Master of Son Moragues, Joan Fuster

Who is the master of Son Moragues? What was so special about this man that the artist from Palma, Joan Fuster, decided to make a portrait of him? What story is hidden behind this painting? This beautiful work contains a curious anecdote in which a…