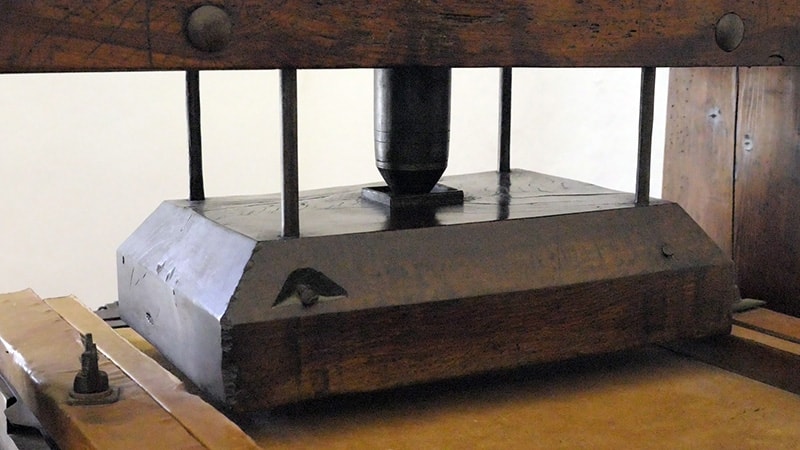 This primitive press from the Guasp printing house is one of the best preserved from the 17th century in Europe. The inscription “any 1622” (year 1622) can be seen on the crossbar that crowns the wood where the press is activated, the exact date of the making of this machine. In 1950 it became obsolete and was put up for sale. After passing through various hands, Tomàs Capllonch recovered it in 1960, depositing it in the current municipal location. And the most amazing thing of all is that it still works! 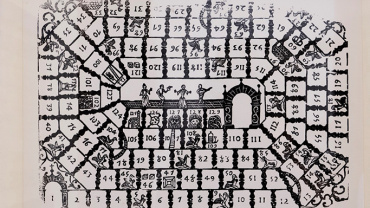 Woodcut of the Guasp printing house

It is a print of the game of the goose made in the 16th century from a wooden plank worked with a gouge or burin to make the drawing and later impregnated with ink. There are several versions in terms of to the origin of…