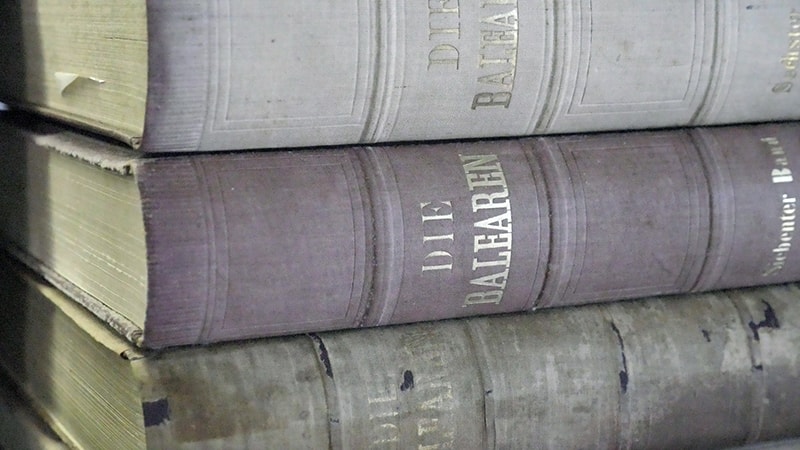 This great work of nine volumes that is in front of you is Die Balearen, the most comprehensive work there is on the landscape, customs and traditions of the Balearic culture of the nineteenth century, written by the Archduke Ludwig Salvator between 1869 and 1891.

Many of the illustrations of the book were made by the Archduke, who was also a great artist. He worked from a previous program that was published as a survey entitled Tabulae Ludovicianae, which he handed out to local people who he thought were the most appropriate to gather this information.

This is a first edition of the work published in German, of which only 100 copies were published, and which were not sold but rather were distributed free of charge among the people who helped in its writing and to the Archduke’s personal friends, such as this one which is dedicated to emperor Franz Joseph I.